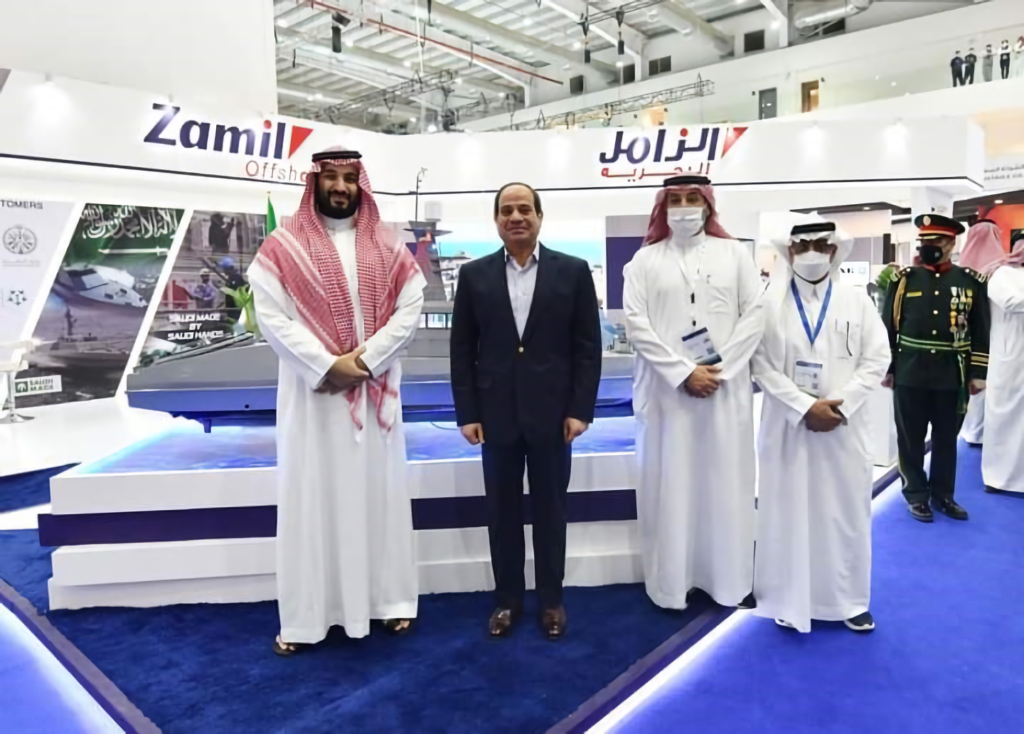 Zamil Offshore Services Company has recently participated in the World Defense Show “WDS 2022” as part of the Saudi Pavilion. This event was held in the KSA capital Riyadh over 4 days, amid wide Arab and international participation.

The ZOSCO booth featured a model of the new 32m High-Speed Interceptor, the first locally-built naval vessel for the Royal Saudi Naval Force. The Company received wide attention from global visitors and specialists keen to learn more about the latest developments in the KSA defense sector.

The Saudi Pavilion also received many official delegations and visitors, who were briefed on the most prominent developments and services provided by Saudi companies. During this event, ZOSCO signed several high-profile agreements with international companies to strengthen its position as the Kingdom’s Maritime and Naval Defense Champion and become the regional reference in building high-speed interceptors and Integrated Logistics Support (ILS) services for the local and export markets.